Fortaleza will receive about R $ 1.5 billion in public investment. The funds are already guaranteed and the banks that will finance them are Federal Savings Bank, Santander, National Bank for Economic and Social Development (BNDES), Inter-American Development Bank (IDB), the Development Bank of Latin America (CAF) and World Bank.

“We just have to congratulate the City for structuring this volume of investment which becomes the largest in the history of Fortaleza. The investments will cover all areas, helping the people and ensuring a better quality of life to the population. The City Council is to be congratulated for presenting a set of important actions. This will notably help the city of Fortaleza” emphasized Camilo Santana.

Since 2017, Fortaleza is already receiving other investments. These are happening in a Ceará Government partnership with the City through the program Together for Fortaleza. 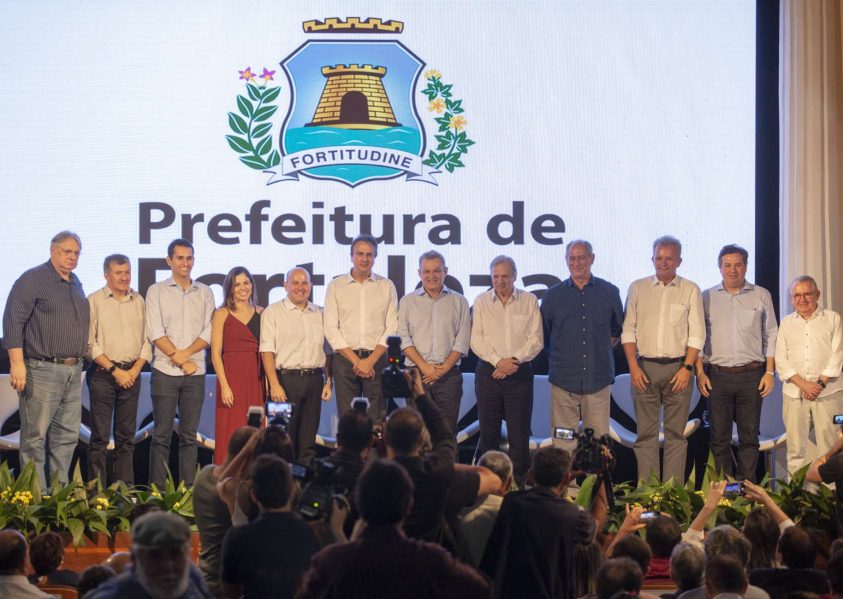 More than 700 actions will benefit the people in the region of Ceará and the project will begin sooner than expected. The Mayor Roberto Cláudio and Governor Camilo Santana honored the launch of the intervention program. The main areas that the government aims to cover are Health, Education, Social Protection, Culture, Sport, Urbanisation, Environment, Infrastructure, Transport and Mobility.

“We will add more than R $ 1.5 billion of new investments. All changes are completely new, beginning from now. Besides the direct effect of the intervention and the social benefit, we will have public money generating jobs and income. That is also very important for the city’s economy. A majority of this project begins immediately. The other part will start between August, September and October “said the mayor.

Roberto Cláudio highlighted the economic importance of the package to the city as it is expected to generate a huge amount of jobs in the region. These jobs will help the areas in which the following improvements will be happening:
130 new stations shared bicycle system, the construction of 26 schools (17 full time), 36 new kindergartens, 59 more ecopoints. Also, other 47 football pitches, building bus miniterminais, reform Gym Aécio de Borba, processing ponds and urban parks. Similarly, the implementation of 2,595 housing units, seven new health centres and the renovation of another Children’s Hospital, among other actions.

(Source: Governo do Estado do Ceará)